How Cheese is Made 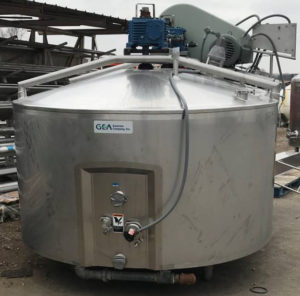 From its discovery around 8000 BC to the present day, human beings throughout history have enjoyed cheese.  Societies around the world have made cheese from the milk of cows, goats, camels, and even reindeer.  While the type of cheese may change, the process of producing that cheese remains mostly the same.  This begs the question: how is cheese made?

Next, a coagulant should be added to the milk.  Traditionally, rennet is added, which is made from the stomach lining of mammals, but now most cheese manufacturers use a form of rennet that is not derived from animals.  While a coagulant is needed in some circumstances, sometimes soft cheeses coagulate enough on their own.

Once the milk has started solidifying, it is heated and formed into curds.  Once these are formed, it is time to drain the whey, which is a byproduct of the cheese-making process.  Softer cheeses should be handled gently and should retain a fair amount of moisture.  Harder cheeses are usually either cooked or stacked in a way that forces out most of the whey.

Once the cheese is fully formed, it should be salted.  Not only does this enhance the flavor of the cheese, it also acts as a preservative and helps to form the rind.  This completes the cheese making process unless the cheese is being aged.  Then it is placed in a controlled environment for a period of time.